From the Fall 2017 Isa Informer

You hear it every day: “It’s a global market.” That could not be truer in the beef industry today. The free movement of money, information and hyper-efficient logistics have truly brought the beef industry into the modern age.

We have always had an international flair here at Isa Beefmasters. Mom and Dad ranched in Mexico in the 1960s, and Isabel (our company’s namesake) and I were born there. Dad sent the first Beefmaster semen into southern Africa in 1974. Since that time, we’ve shipped many thousands of straws to over 18 countries worldwide.

The United States is the world’s fourth largest beef exporter, while at the same time the number one importer. How is that possible? Americans prefer high-end cuts like steaks and don’t eat a lot of the variety meats like heart or intestines. This preference presents a problem when we harvest an animal. However, basically we are able to swap the high-demand cuts we want with someone else who has a different shopping list. This allows us to meet our domestic demand and still receive good value for the entire animal at harvest. In 2016, the value of U.S. beef exports was $6.343 billion, which is 14% of our total domestic production. 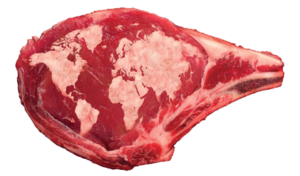 Things are happening in countries around the world that send ripples through the global beef complex, affecting prices and supply. Recently in the news we saw China (and its 1.4 billion people) opened to U.S. beef. The wealthiest 10% of Chinese residents have a net worth total more than all of Japan. The United States recently opened its market to Brazilian beef, then promptly closed it again last June over safety concerns. Japan recently raised tariffs on U.S. beef, a significant change as Japan is the largest destination for U.S. beef in both volume and value.

In addition, the U.S. is beginning the renegotiation of NAFTA. Mexico is the tenth largest exporter of beef, and many of their feeder cattle come to the United States. Isa Beefmasters proudly provides genetics in the form of bulls, females, semen and embryos to our counterparts south of the border. Mexico is a critically important partner in the U.S. beef chain and our own small business.

A massive drought in Australia (the world’s #3 beef exporter) has lowered their available beef export by 300 tons (that’s a lot of ribeyes!). Countries like the United States are benefitting by filling that gap.

Did you know that the world’s largest exporter of beef in 2016 was India? Did you also know that, last May they banned beef slaughter as inhumane? I am not sure how that is going to work, but it will clearly have an impact on the global market. 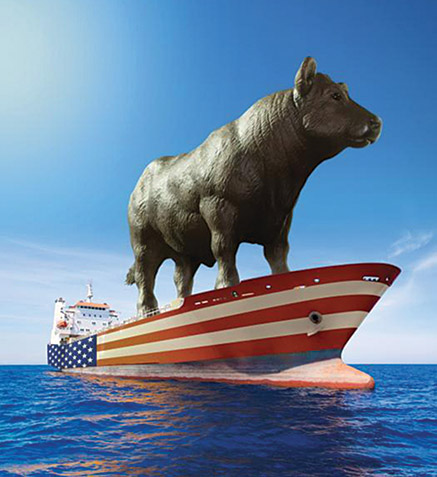 Recently, we have had inquiries for large numbers of replacement heifers for Egypt and many thousands of feeder calves bound for Turkey. Ten years ago, such a transaction would not have been possible due to logistics. Now there are specially fitted planes that will haul 1,000 heifers and specialty tanker ships that can handle 5,000 head. The establishing of health protocols between nations and the reduction of corruption have made these types of transactions viable in the modern age.

From the perspective of the Beefmaster breed, we are rapidly expanding our global horizons. Last year Italy celebrated the European Union’s first Beefmaster birth. And last week, Poland’s first Beefmaster was born, with the first in Ireland soon to follow. At the same time, the breed continues to expand and strengthen throughout Latin America: there are currently six established Beefmaster associations in Mexico, Central and South America. In addition, our first Asian outpost is growing well in Thailand, and southern Africa remains a strong and vibrant Beefmaster market.

You can see that occurrences thousands of miles from home are playing a critical role in the prices we receive for our own production. We often can’t affect these at the local level, but by participating with your state cattle association and NCBA on the national level, we can all participate. These organizations are thinking about global trade even when we are not.

The world is changing fast, and the old adage of “adapt or perish” applies to our industry now more than ever. The United States is uniquely positioned to be a global beef power for generations. More importantly, we are producing the genetics the rest of the world is using to improve their own productivity, efficiency and beef quality, ensuring our continued relevance in this great industry.