By Lorenzo Lasater, President Sustainability is a word that gets thrown around a lot these days. It is defined as “the quality of not being harmful to the environment or depleting natural resources, and hereby supporting long-term ecological balance.” This definition seems like an awfully good description of what cow-calf producers do every day. Sadly though, there are those who accuse our industry of being unsustainable. This claim has less to do with reality than the hidden agenda of groups who wish to end production agriculture. But perception can become reality in the minds of an uninformed public, so ranchers have a duty to stand up for themselves and share the wonderful story of grass-based ranching.

At Isa Beefmasters, cows spend virtually their entire lives on native pasture. We occasionally supplement nutrition during times of stress, but Mother Nature provides the vast majority of their diet. A cow is a fabulous creature, harvesting energy from the sun, in the form of plants that are not usable directly by humans, to produce tasty, nutrient dense BEEF. And the plants they are harvesting are native perennials which, under good management, will produce year after year using only the rain and sunshine that God gives them. Now if that’s not sustainable, I don’t know what is! Antibiotics and growth implants are another area of concern to our customers, but often more because of lack of understanding or downright misrepresentation by those who wish to harm our industry. At Isa Beefmasters, cattle are given standard immunizations for disease, just as we immunize children against measles and tetanus. The use of these vaccines has worked miracles in lowering death loss in calves, which is an important step towards sustainability. 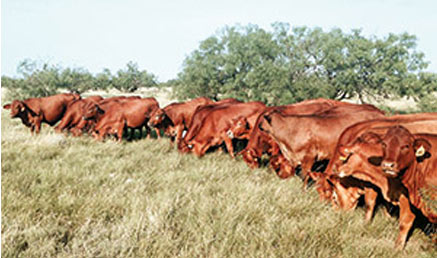 In the larger Beef Chain, grain obviously plays an important role. The majority of beef consumed in this country is grain-fed in the final stages of production. But a typical beef animal is two years old or less at harvest and often spends as much as three-quarters of its life on pasture or in fields. One of the real ironies of grain use in agriculture is that it began due to the overproduction of grain caused by the Farm Program, paying farmers to grow crops America didn’t need for human consumption. Faced with tremendous oversupply, ranchers began feeding it to livestock rather than burning it.

Animal welfare is another common catchphrase in the modern lexicon. Any rancher knows we spend each day focused on our livestock’s welfare. If cattle are mistreated, sick, undernourished or deprived of water, they cannot be profitable. Healthy, happy cattle will gain weight, reproduce and raise quality calves. Ranchers love their livestock, much as a city person would a dog, but this relationship generally is not conveyed properly to consumers. 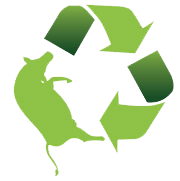 We use simple antibiotics occasionally to doctor a sick animal, much like giving children antibiotics when they have strep throat. Being able to treat sick animals successfully, and prevent illness from spreading, is a critical part of ensuring their welfare. Isa Beefmasters never feeds antibiotics or mass treats animals. This practice is simply not necessary in a pasture environment—and would be cost-prohibitive anyway. In addition, we never use growth implants (hormones) in our operation. Because we carry our seedstock through to breeding production, any short-term advantage in weight gain is negated over the course of time. My own personal opinion is that the Beef Industry should voluntarily and collectively stop using growth implants. This is not because they are bad for consumers—in fact science has repeatedly proven that they are not. But the buying public doesn’t like the idea, and no amount of science is going to change that opinion. The Beef Industry has more important battles to fight. If we give up their use collectively, no one loses the advantage. No discussion about sustainability would be complete without a word about ethanol. This biofuel was foisted on the American public under the guise of sustainability. It sounds good right? Burn “renewable resources” instead of fossil fuels. But like many ideas born of good intentions, the program came with a whole host of unintended consequences. To begin with, some studies estimate that it costs one gallon of diesel to produce one gallon of ethanol—so it’s just a feel-good pass-through with no real benefit. Ethanol also completely upended the market prices for livestock grains, which in the end, raises the price for the Beef you love. The high price of corn caused by ethanol also raises land rents, and its higher production massively increases the use of chemical fertilizers and water from aquifers needed for irrigation. In a real twist of irony, ethanol also greatly reduces biodiversity, as huge amounts of croplands are converted to corn production. The point here is that sustainability is not always what some folks would have us believe. As a fifth-generation rancher (working to raise the sixth), I take offense when people point fingers at the ranching industry. As I’ve outlined above, Beef cattle in America are raised in a very sustainable way. Those who claim otherwise either haven’t taken the time to learn about what we do or have a different agenda, such as ending production agriculture or promoting a vegetarian lifestyle. The point they overlook, though, is that people have to eat. Cattle are “farming the corners”—taking energy from the sun in the form of plants and converting it to nutrient-dense, protein-rich and super-tasty Beef. And this is being carried out on millions of acres of land not useful for other types of agriculture, especially farming. That is pretty darn sustainable, and I am proud to be a part of it. 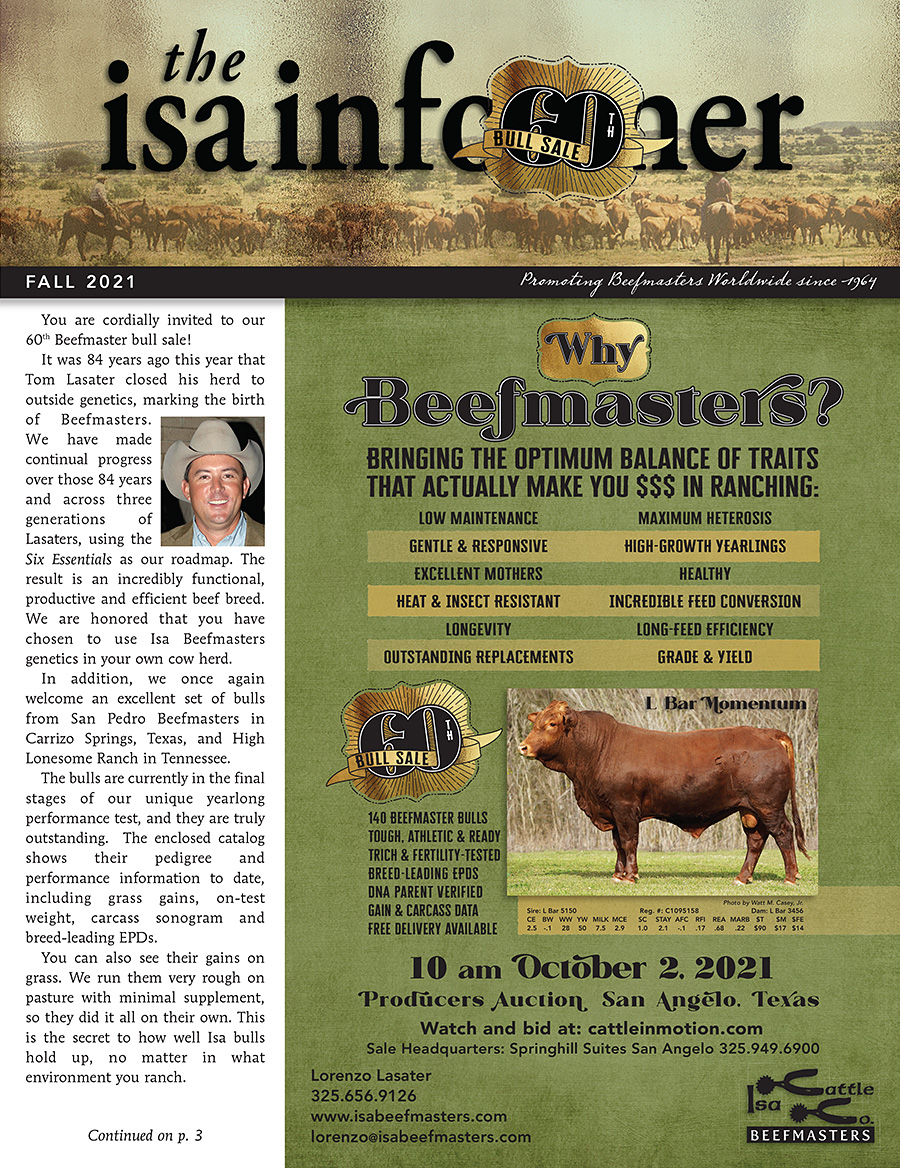 Stay up-to-date and receive your free subscription to the Isa Informer newsletter. Click here to sign up, and we will start your subscription right away.