Isa Beefmasters is owned by the fourth generation involved in the Beefmaster project. Siblings Lorenzo Lasater  and Isabel Lasater Hernandez carry on the family tradition of raising performance Beefmaster genetics for the beef industry worldwide. Lorenzo serves as president of the company and oversees all aspects of operations. Isabel handles the marketing efforts.

Founded by Laurence M. “Laurie” Lasater, eldest son of Beefmaster creator Tom Lasater, Isa Beefmasters has promoted the breed around the world since 1964. Laurie, and his wife, Annette, introduced Beefmasters into Mexico in 1964 and operated there for 10 years. In 1972, they established a cattle enterprise in San Angelo, Texas, and it was incorporated in 1983 as Isa Cattle Co., Inc., (pronounced EE-sa). In 1993, their son, Lorenzo, joined them in the business. 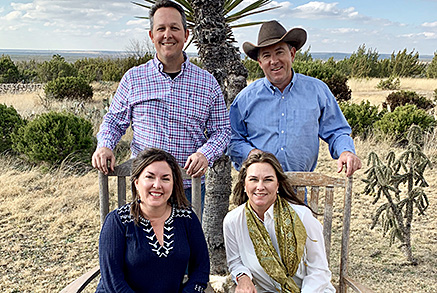 All of Isa’s enterprises are based on the Six Essentials—Fertility, Weight, Conformation, Milk Production, Hardiness and Disposition. These six points are the cornerstones of Tom Lasater’s cattle-raising philosophy and the means by which all of our cattle—L Bar Beefmasters—are evaluated.

To learn more about the Six Essentials, click here.

Isa Beefmasters puts on a bull sale each October, offering the best of L Bar genetics with complete performance data on every animal sold. In 2021 Isa Beefmasters will hold its 60th bull sale.

Isa Beefmasters also sells females private treaty in the spring. In addition, the company sells frozen genetics worldwide and has been instrumental in the dissemination of the Beefmaster breed in Mexico, South America, Southern Africa and Asia.

Lorenzo Lasater has served in a number of leadership capacities in Beefmaster Breeders United, including President of the association in 2009. He chairs the International Committee and serves on the Board of Beefmaster Educational Endowment Foundation (B.E.E.F.). He has previously served on Commercial Marketing, Advertising, Long-Range Planning, Nominating, Finance and Breed Improvement committees. 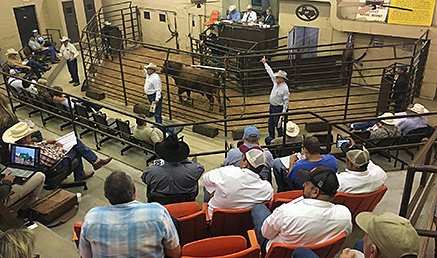 Lorenzo also serves as a Director of the Texas and Southwestern Cattle Raisers Association, where he is a fourth-generation Board Member. In addition, he serves on the International and Marketing Committees for the National Beef Cattleman’s Association.

Laurie Lasater is a past president of FBA and Director of BBU. In 2000, Laurie received the coveted Beefmaster Breeders United “Breeder of the Year” award, and in 2017, he was recognized with the breed’s “Legend” award.

Ed C. Lasater first recorded the L Bar brand in 1893 in Brooks County, Texas. He purchased several ranches in South Texas beginning the late 1880s. By 1900, he owned 380,000 acres, known as La Mota. He introduced Brahman cattle to South Texas in 1908 and served as president of TSCRA in 1911.

In 1964, Laurie and Annette registered the L Bar brand in the northern Mexican state of Coahuila. They imported the first Beefmaster cattle into Mexico, and today Beefmasters are one of the largest registries in that country.

Setting up their cattle operations in Texas, Laurie and Annette later registered the L Bar brand in West Texas in 1972. Today their children, Lorenzo and Isabel, continue raising Beefmasters with the L Bar brand. 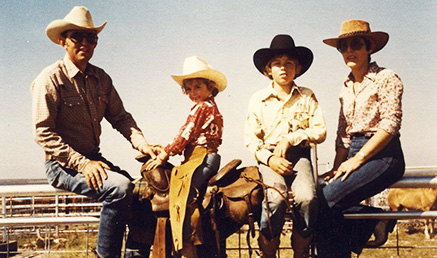