From the Fall 2022 issue of the Isa Informer

It’s hard to fathom, but our family’s use of the L Bar brand dates back almost to the Civil War, with it first appearing in the 1870s. Since then, four generations of Lasaters have branded tens of thousands of cattle with the iconic mark, both in Texas and in Mexico.

In 1892, my grandfather Ed C. Lasater first registered the L Bar brand in Falfurrias, located in South Texas’ rugged cattle country. Ed founded the town of Falfurrias, as well as Brooks County, which he named for his friend Judge John Brooks. He was determined to build his empire there and began amassing land and cattle.

At its height, Ed’s La Mota ranch measured 380,000 acres, making it one of the largest in Texas. Ed became well known for his large herds of high-quality Hereford and Shorthorn cattle, and he imported the first Brahman cattle into South Texas. In addition, he owned the largest Jersey herd in the world and founded Falfurrias Creamery Company, and the name Falfurrias became synonymous with its sweet, creamy butter. 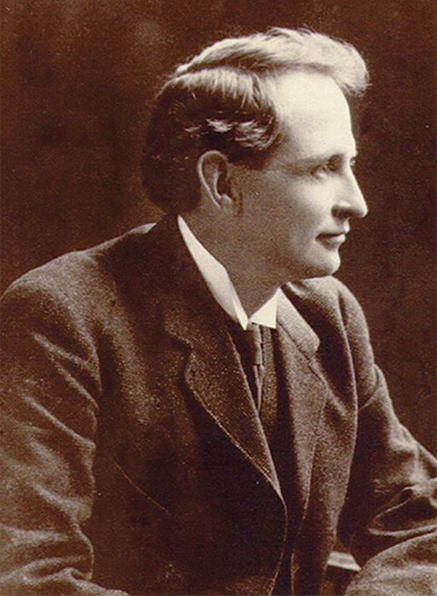 Ed died in 1930 and much of the ranch and cattle were swallowed up by the Great Depression. His youngest son—and my father—Tom Lasater left Princeton University in his sophomore year to return home and salvage what he could of the family business. It was during this period of economic catastrophe that Beefmasters were born: Tom experimented with crossing various of his father’s remaining cattle. He quickly discovered the Shorthorn/Hereford/ Brahman three-way cross was far superior to other crosses he tried. They say necessity is the mother of invention, and Beefmasters were tested and honed during this most dire economic period of the 1930s and 1940s. 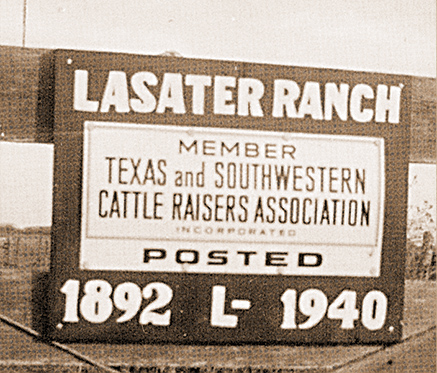 The Lasater ranch sign near Falfurrias, Texas.
In 1937, Tom closed his herd to outside genetics, and in 1948, he relocated his Beefmasters to Matheson, Colorado, to escape the ongoing frustration of Hoof and Mouth disease coming across the Mexican border. He purchased the former Matheson Ranch on the eastern plains near Colorado Springs and continued his development of Beefmasters. The USDA formally recognized Beefmasters in 1954, making it one of the first American composite breeds.

Heading south of the border

Ten years later, I picked up the mantle of the brand, taking L Bar, my new bride and 35 Beefmaster cows to Mexico. In 1964, I registered the brand in the northern state of Coahuila.

Tom Lasater, youngest son of Ed C. Lasater, returned home after his father’s death in 1930 to try to save the family ranch and cattle.
I sold my first L Bar Beefmaster bull calves to three ranchers for $5,000 pesos ($400) each. The neighborhood could not believe the high price paid by prominent ranchers! Each year I bought 50 weaned bull c­alves from The Lasater Ranch and sold them to Mexican ranchers in several areas.

In 1966, with backing from investors in Midland, Texas, I bought the 31,500-acre Rancho Santa Cruz near Múzquiz, Coahuila, and we expanded our herd to 400 cows. When we decided to return home after 10 years, I sold the cattle to Guillermo Osuna and the ranch to Vidal Gonzalez, both neighboring ranchers. 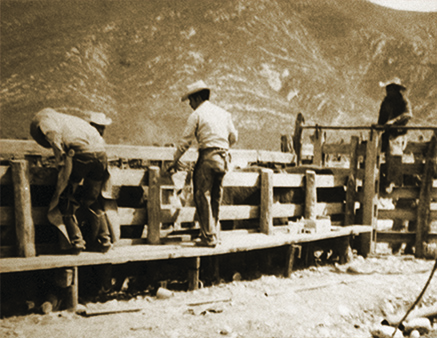 When we relocated back to Texas in the 1970s, I registered the brand in Irion County in West Texas.

Today, our children, Lorenzo and Isabel, are the fourth generation of Lasaters to raise cattle under our beloved brand. They have reg­­istered the L Bar brand in the nine counties in which they operate, ranging from Sutton County, south toward Mexico, to Titus County, northeast of Dallas.

I am proud of the fact that I was able to use the L Bar brand for 50 years in Mexico and Texas and be part of its storied, 130-year history. 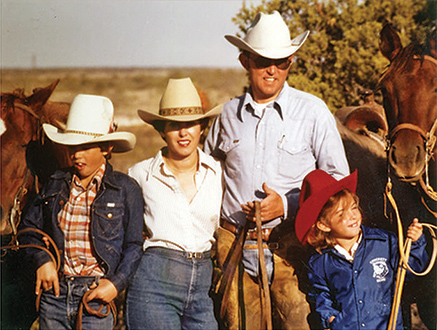 Lorenzo, Annette, Laurie and Isabel after a roundup near Mertzon, Texas. c. 1978