From the Fall 2018 issue of the Isa Informer

Beef Week ’18 offers view from Down Under

I recently travelled to Rockhampton, Australia, for Beef Week 2018, the country’s massive national cattle event held every three years. Following are some of my experiences and observations.

The Beef Week expo is huge—including a large cattle display, trade show and many educational seminars and networking opportunities. Held once every three years, the expo lasts only five days, so they take it very seriously and everyone is there.

Australia is a place of fantastic scale in terms of cattle ranching. In the hot, dry northern regions of the country, ranches, or “stations” as they call them, often exceed a million acres. During my short time there, I met two commercial operators with herds exceeding 100,000 head. The largest ranching enterprise, the Australian Agriculture Co. (AACo), is estimated to own 17 million acres and run 656,000 cows. I am certain there is nothing even close to that in the United States. 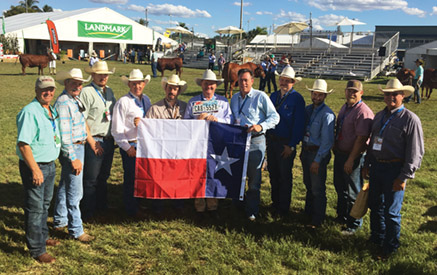 Australia’s climate is the reverse of ours, with cooler climates in the south and very dry and hot conditions in the north. The southern operators can get away with Angus genetics just like our northern counterparts in the US. But in the north, the Brahman is king. They crossbreed with adapted breeds such as Droughtmasters and Santa Gertrudis. The King Ranch once had a major ranching enterprise in Australia, and I wouldn’t be surprised if there were more registered “Santa” herds in Australia than the US.

During the Beef Week expo, I attended an interesting panel discussion surrounding Australia’s export supply chain. Australia exports 70% of their domestic production, and they have both grain-fed markets such as the E.U. and Asia, grass-fed markets such as Indonesia and the United States, and feeder cattle exports for the Middle East. Their industry is much more focused on export markets than the US, but we have the luxury of a huge domestic population with a taste for high-quality beef. While exports are tremendously important, they occupy many niches, such as prime beef to Asia and variety meats we don’t eat to several countries, so we are not as laser-focused on them at the grass-roots level.

Because of their heavy reliance on export, Australia has a very solid national ID and traceability plan. It is as common as a number ID for us. Despite my distaste for anything government-run, I think the US beef industry would be smart to be more proactive in this area. The global market demands it, and we are being a bit shortsighted to resist. We must have traceability to ensure accountability and the ability to quickly control disease outbreaks. 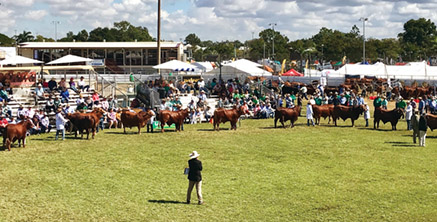 I also watched a presentation by David Johnston of Queensland’s Nudgee College that was one of the most interesting university studies I have seen. They took genetics from high-profile cattle programs and created test herds of Brahman, Santa Gertrudis and Droughtmasters—the dominant heat-tolerant breeds in Australia. They have recently incorporated some Beefmaster genetics and I think will expand that, so we have an opportunity to show what our cattle can do. They keep the females as replacements and are studying which breeds—and genetics within breeds—can adapt to the tough conditions and still breed on schedule.

Next we attended a fed steer contest and sale. It featured grass-fed steers and grain-finished steers of two common lengths, 70 days and 100 days. It was great to see how good those grass-fed animals could finish. A three-year-old grass-fat steer weighing 1800 pounds is an impressive sight!

Neil Donaldson, the Executive VP of the Droughtmaster Association, gave an excellent presentation about the development of the breed and their status today. Droughtmasters enjoy a very strong market in northern Australia, with very enviable sale prices for their commercial and seedstock bulls. There are many parallels between Droughtmasters and Beefmasters. In fact, Droughtmasters founder John Atkinson visited both my grandfather and Jan Bonsma of South Africa, all of whom developed national breeds in roughly the same era. 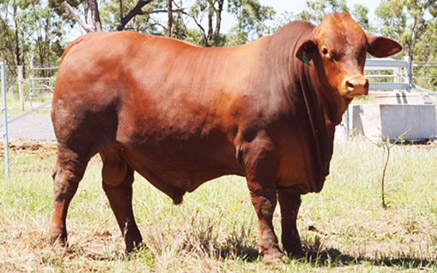 We had a meeting with the Droughtmaster Board of Directors to explore areas in which we might collaborate. Although the breeds share many similarities, they have divergent international market share, so I think there may be real opportunity to work together against the common enemy.

The animal rights movement has had a frightening effect on the Aussie beef industry. Activists have successfully pressured their largest export client, Indonesia, to enforce rules to phase out horns (and dehorning!) on cattle by 2025. This regulation obviously has dramatic implications for horned breeds. They are rapidly turning them polled, but at what I believe to be a cost. The polled gene has been linked to poor prepuce structure. Although I believe polled has its place, the rush to achieve polled quickly through indiscriminate selection can have a negative impact, as we often see in other breeds.

Another key difference between US and Aussie industries is the presence of hormones, which they don’t use—again because of their export markets. It is my belief that we have done ourselves a disservice by insisting on the continued use of hormones when our customers, both at home and abroad, have plainly stated they don’t like them. It doesn’t really matter what science may say about their safety—“the customer is always right.”

Additionally, I experienced some interesting new technology while in Australia. I got my first view of a “virtual fence,” something probably not unique to Australia. The fence consists of a collar placed on an animal with GPS controlling their location. Imagine the grazing management and handling this would allow, not to mention the possible maintenance and construction savings over the long term!

Something else I encountered that you probably would not find in the US is automatic cattle sorting. Many ranches sell grass-fattened steers straight off the ranch (oh, that we were so lucky!). Ranches constantly sort the loads as they reach desired weight. A scale unit automatically weighs each animal as it comes in to water. If the animal is above the desired weight, a gate opens to sort it off, allowing those underweight to remain in the pasture. A fabulous labor savings and stress-free way to accomplish this task! 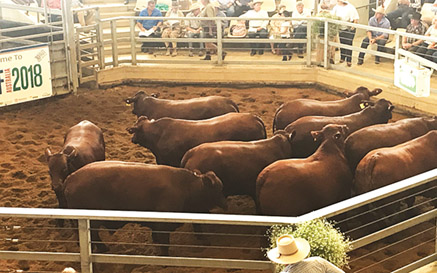 Speaking of labor, Australia is the only place I have visited whose labor costs are even higher than ours. They have a very “union-style” labor setup in which every employee receives high pay, low hours in the form of a 37-hour workweek, and four weeks of paid vacation annually. This kind of pay scale makes it very difficult to hire low-skill agricultural workers, so the Australian ranchers are very focused on labor savings.

Australians are tremendously friendly folks, as is usually the case with ranchers worldwide. We share many challenges with our “mates” around the world, and yet we both face some unique ones. There is no doubt the Australian ranchers are both cowboys and cowmen. I really enjoyed my time there and hope to get back to see more of “the Outback.”